How To Get Rich Quick In GTA 5

Grand Theft Auto (GTA) 5 is one of the most popular and widely played games worldwide. It’s co-developed by Rockstar North and published by Rockstar Games.

In addition, an online multiplayer version of the game is called Grand Theft Auto Online, where you can play with friends or other random players online.

If you’re looking to make money fast, this guide is for you. Here are some ways to get rich in GTA 5:

GTA 5 modded accounts are an exciting new way for gamers to enjoy every game aspect. Such accounts have been modified to provide you with money and experience (XP) earned through playing the game as well as unlimited ammo and health for completing challenges.

Besides, they’re easy to get started with. And once you start playing, it’s a ton of fun to reap the benefits. For more details check EasyLooting. And with GTA modded accounts, every day is different and filled with fun new adventures.

With so many different missions and activities, the best way to get rich quickly in GTA 5 is to complete time trial races. You’ll earn money for each race you finish, and it’s possible to win a vehicle worth more than the cost of your car.

Time trial races are single-player events that let you compare your time to other players’ records. You can set up a new time trial at any purple marker on the map, so find one with a fast car before you begin. You can then practice the course until you know where all the checkpoints are and can drive it without looking at the map.

However, if there are slow turns, make sure to take them as wide as possible because hitting a wall or running off-road will slow you down drastically. Often, there’s also an alternate route that’s shorter but harder to find.

3. Complete The Robberies And Heists

When it comes to raking in money, there are two surefire ways to get rich quickly: robberies and heists. When you’re ready for a change of pace from the usual sightseeing, make sure you’re already prepared with a team that can handle all the steps of completing a robbery or heist successfully.

The best part is that these skills can be utilized outside mission play as well. If you want to see some serious dough rolling in a while, but not on a mission, you can utilize your crew to commit some crimes to earn money.

You may Also Like :  X-Ray Package for CS: GO Fans: Everything You Need to Know about It

For instance, you use your gun-wielding buddy Trevor to rob liquor stores and gas stations indiscriminately. However, you have to do so quickly, before the cops show up! You’ll be hard-pressed to find another way to make money fast without committing felonies.

However, if you’re looking for an even faster way to earn money than completing robberies and heists, go ahead and use cheats. A couple of codes will help you skip over expensive upgrades like ammo refills or weapons caches. It can also help you manipulate the three-person narrative of the game to your favor.

Buying and selling stocks can be a great way to make extra cash. Just monitor the stock market and wait for the right opportunity. All you need to do is buy low and sell high. It’s that simple!

For example, if you buy some shares in Betta Pharmaceuticals (BAWSAQ: BETA) at USD$50 each and wait until they shoot up to USD$80 per share, you can sell them all. By then, you’ll have made yourself a nice profit!

You can buy or sell shares by accessing the internet on your phone, then going through the browser to BAWSAQ.com. Once there, use the left analog stick or keyboard arrow keys to choose a company from the list of available companies.

You may Also Like :  A quick guide to Cyber Threat Hunting

Then, each company has two figures next to its name: one for its stock price and one indicating how much that price has increased or decreased since yesterday. If you want to invest in a particular company, press X on your controller or hit enter with that company highlighted on your keyboard. Then follow the prompts from there.

Since this method requires buying low before selling high, it’s best not to spread yourself too thin by investing in too many different companies at once.

Also, remember that while the market opens in the morning each day, you must wait until noon for your purchased stocks’ price fluctuations to kick in. Otherwise, they’ll remain locked at their original purchase price throughout your gameplay session.

This is a reasonably simple way to turn USD$25,000 into USD$100,000. The trick is to wait for the right moment and not get bogged down by the impatience that can easily befall young stock market brokers everywhere.

First, head over to Sandy Shores and invest all of your money in Fruit Computers. This should take you about two missions, but it’s worth it. By buying low and selling high, you’re soon going to be rich. After this stock has hit its peak, sell everything you have on hand.

Next up: Space Monkey 3: Bananas Gone Bad (LCN). You’ll probably want to dump the rest of your cash into this one, too. It’ll climb quickly, but keep an eye on those comments sections.

Now, if people complain about what they perceive as an unfair ending within the game, just don’t sweat it. That makes it more realistic! Don’t hold onto them as long as you did with Fruit Computers because they won’t hit as high later on.

6. Drive And Complete The Drug Deliveries Around Blaine County

While you’re working on your drug deals, take the time to familiarize yourself with the area and its characters. You’ll be making many trips back and forth to this location later in the game, so it’s good to get used to it now.

However, if you have enough money, it’s best to buy a house in Blaine County. This is one of those ‘good investments’ that people talk about in real life. Once you finish the mission, Lester will call you and ask if you want more work. You should say yes.

As long as you don’t complete any story missions or heists (you already bought the houses in Blaine County, right?), he’ll call again at some point telling you that people are looking for your drug delivery service again.

VIP Work is one of the fastest ways to earn money in GTA Online. It’s also one of the most fun activities, so you should do it as much as possible.

As a VIP, you’ll be able to initiate special missions called VIP Work. They’re like mini heists but shorter and more straightforward. You don’t need to worry about finding a crew of four players or anything like that. It’s just you playing against other players.

To unlock VIP Work, you first need to become either a CEO or a VIP. To become a CEO, buy an ‘Office’ through the Dynasty 8 website. And then, set up an organization on your phone under Contacts, then choose Lifestyle Management. By doing so, USD$100,000 will be deducted from your bank account.

Once that’s done, choose ‘Become CEO’ from the Interaction Menu when standing in your office. On the other hand, you can also become a VIP by buying an Executive Membership for USD$50,000. You can do this on your phone under Contacts, then choose SecuroServ. A total of USD$50,000 will be deducted from your bank account.

To start doing VIP Work, call up one of your Bodyguards on your phone at any time and select ‘Start VIP Work.’ They’ll send you options of different missions they want to do. This will include things like vehicle theft and assassinations. You can pick one and get going!

8. Invest In Special And Vehicle Cargo

‘Special Cargo’ missions can be found by tuning into the radio of any car and listening for cargo to be listed.

Next, when you deliver them, you’ll earn a significant amount of money, ranging from USD$4,000 to USD$10,000 for Special Cargo and up to USD$20,000 for Vehicle Cargo. You’ll spend money buying cargo and transport vehicles. And, at least 50% of the time, your initial investment is returned or even doubled.

For example, if a crate of liquor will cost you USD$5,500 each, then purchasing 10 crates of liquor for USD$55,000 will earn you between USD$50,000 to USD$60,000 profit. However, mission expenses like cops and helicopters will be deducted.

On top of that, though, you should be able to sell the vehicle used in transporting it, earning an additional USD$90,000 per unit. That’s why it’s worth taking on all these missions! 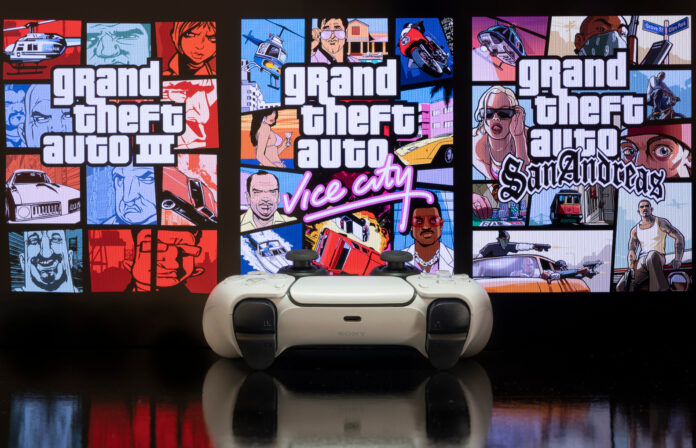 GTA 5 is constantly adding new features. Still, all of the methods above are viable, but it’s up to you to choose the best one for your situation. Just remember that if you want to make money quickly, you can consider all of them and pick the one that works best for you.

Since your time is limited when grinding in GTA Online, choose whatever will get the job done while earning you enough time away from the grind to self-play the game.